Separating and Throttling Calorimeter Manufacturer,Supplier and Exporter in India 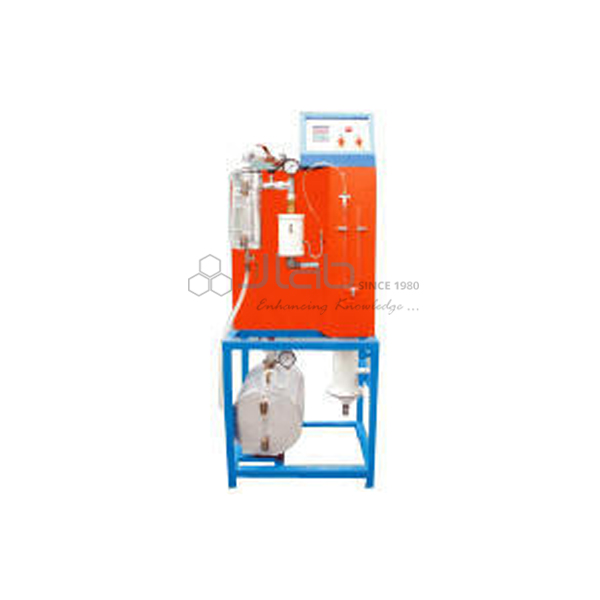 Separating Calorimeter:-
It consists of two concentric chambers, the inner chamber and the outer chamber, which communicates with each other through an opening at the top.
The comparatively dry steam in the inner chamber moves up and then down aging through the annular space between the two chambers and enters the Throttling Calorimeter.
As the steam discharges through the metal basket, which has a large number of holes, the water particles due to their heavier momentum get separated from the steam and collect in the chamber.
Throttling Calorimeter:
It consists a narrow throat (Orifice).
Pressure and temperature are measured by pressure gauge and thermometer.
Steam Generator is also provided to supply the saturated steam (Max) at 2kg/cm2 pressure.
The steam after throttling process passes through the heat exchanger and condensate is collected.
Download as Pdf
Related Products
Static and Dynamic Balancing Apparatus
Spray Tower
Sieve Plate Distillation Column
Slip and Creep Measurement Apparatus
Cam Analysis Apparatus
Multi Cylinder Four Stroke Water Cooled Diesel Engine Test Rig
Packed Distillation Column
Solid Liquid Extraction Packed Bed Type